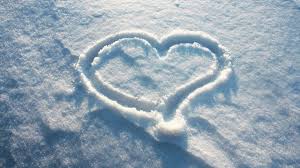 God created us to discover Him and placed before us the heavens and earth to help us achieve this purpose. He has put on display a demonstration of His abilities and power, all of which helping a human to establish a relationship with Him. This will, in turn, kindle in the heart of every sincere individual a longing to see Him.

The Messenger of Allah (ﷺ) said, “Allah the Exalted has said: ‘I will declare war against him who shows hostility to a pious worshipper of Mine. And the most beloved thing with which My slave comes nearer to Me is what I have enjoined upon him; and My slave keeps on coming closer to Me through performing Nawafil (prayer or doing extra deeds besides what is obligatory) till I love him. When I love him I become his hearing with which he hears, his seeing with which he sees, his hand with which he strikes, and his leg with which he walks; and if he asks (something) from Me, I give him, and if he asks My Protection (refuge), I protect him”. [Al- Bukhari].

When we compare our lifespans wherein our endeavours unfold to the age of the earth, or to that of the universe which we are told is fifteen thousand million years old, they seem of less significance than a droplet of water in an endless ocean. For today’s materialist life holds little significance other than that of consumption and seeking instant gratification. To believers in God and His Divine Unity, however, life is seen as a rich tapestry of signs, and as an arena of tests, that afford us the opportunity of knowing Allah and worshipping Him: “I have not created jinn and men except that they may worship Me.” (51:56)

Early Qur’anic exegesists have cited Ibn ‘Abbås, and his illustrious student, Mujåhid, as saying that Allah’s words: ‘that they may worship Me’ – illå li ya’budun, mean: “that they may know Me – illå li ya’rifun.” [Baghawi remarks: “This is the best [of what has been said]; for had He not created them, they would never have known of His existence or divinity.” also see Qurtubi] The reason for this is quite straightforward, which is that we cannot worship Allah without first knowing Him. This is why it has been said:

However, Allah can only be worshiped by possessing knowledge (marifah) of Him; which is why He created the heavens and the earth, and all that is between them, as an indicator to His divinity and majesty.

About this, Allah proclaims:

Allah it is who has created seven heavens, and of the earth a similar number. His command descends through them, so that you may know Allah has power over all things, and that He encompasses all things in knowledge.” [65:12]

Here we are told that creation was created li ta’lamu – ‘that you may know’ Allah, and that His Command courses through the creation, and that His omnipotence and His omniscience envelop all things.

Commenting on the above verse, Sa’di writes of the creation that, “All of this was [created] in order for people to know and to discern that His knowledge and power circumscribe each and everything. As they come to know Him through His Beautiful Names and Sublime Attributes, they will then adore and worship Him, and also fulfill His rights. This is the greater purpose behind the creation and command: to know Allah and to then worship Him.”

These levels of ma’rifah can be likened to the example of a man and a neighbour who has just recently moved in across the road. [9] At first he becomes acquainted with his new neighbour in a general sense. He may learn of his name, his vocation, whether he is married with kids; he will also learn of his general appearance and be able to recognise him when meeting him on the street. He may well, by asking around, be able to glean other facts about his new neighbour. Yet whatever information he learns about him will be at an indirect, impersonal level; unlikely to stir the heart into having any deep sense of respect or admiration for the neighbour. Indeed, beyond acknowledging the neighbour’s existence and presence in the locality, his outlook towards him may possibly be one of polite indifference. This is akin to the first level of ma’rifah spoken of by Ibn Rajab.

Let us now suppose that he decides to know his neighbour directly and introduces himself to him; visits him frequently; socialises with him; and, over time, forms a sincere and faithful friendship with him. He is now able to observe and experience at first hand his neighbour’s fine character: his kindness, generosity, knowledge and wisdom, compassion, and other virtues that can only be known through direct contact. This intimate knowledge of his neighbour evokes in the man a profound respect and admiration for his neighbour, and a deep and abiding love for him. What is more, it is probable – guaranteed even – that his neighbour will begin to disclose to him many of his most private thoughts, and share with him many of his most intimate feelings, which could never have been known even in a lifetime’s worth of indirect observation or investigation. Instead, such knowledge is only granted to him out of the neighbour’s desire to be more intimately known, and out of the man abiding by the rules of propriety (adab) in seeking to know and to draw closer to his neighbour. This reflects the second degree of ma’rifah discussed by Ibn Rajab. No wonder, then, that the ma’rifah of Allah has been described as ‘the most delightful of things’ on this earth.

Another way by which ma’rifah is nurtured in the heart is by engaging in divine remembrance, or dhikr. Ibn al-Qayyim said of dhikr: “It opens to a person the greatest door to ma’rifah. Hence, as his remembrance [of Allah] increases so does his ma’rifah.”

Having dwelt upon the need for, and nature of, seeking ma’rifah of Allah, Ibn Rajab then says: “Allah’s ma’rifah of His servants is also of two degrees: A general awareness, which refers to His knowledge of His servants and His awareness of all that they do: whether done openly or secretly. Allah said: We created man, and We know the promptings of his soul, and We are closer to him than his jugular vein.  And He informs: He knows you best since He created you from the earth, and when you were embryos your mothers’ wombs.

May Allah Almighty bless us to be those know about Him and love Him [ameen].