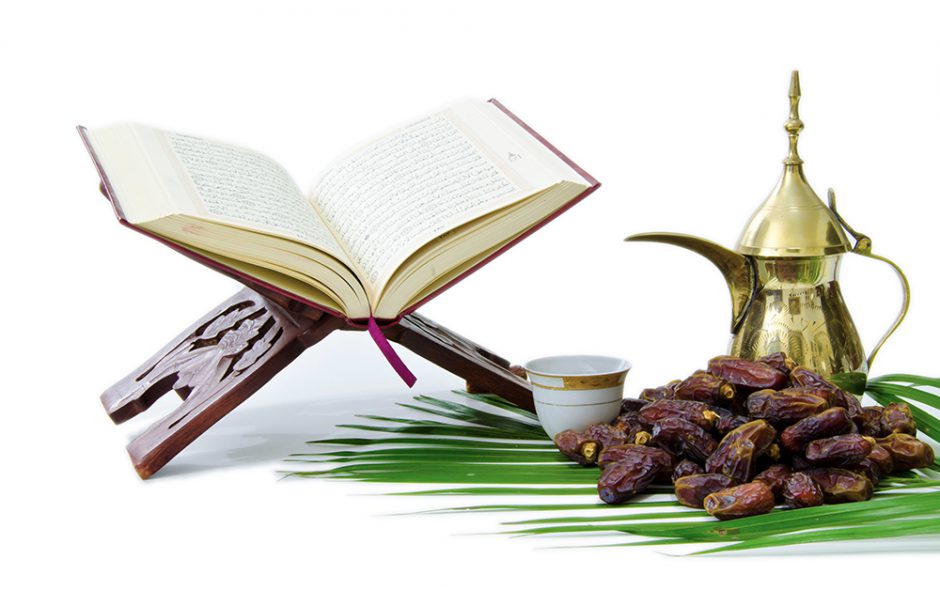 Ramadhan holds many treasures for the Believer. It is a time when one cuts himself off from worldly norms and renews himself to God. He disciplines his mind, heart, hands, feet, tongue and stomach to act only in accordance to that which God loves. In the process, the Believer’s Heart is cleansed and washed to its deepest and most innermost parts not from earthly water but from divine rain – the final revelation – The Qur’an.

We can describe Ramadhan in so many ways, every description only enhancing its beauty;

• It is the month of Layl tul Qadr – The Night of Power – the night when the Qur’an was revealed and where the annual decree descends for people. 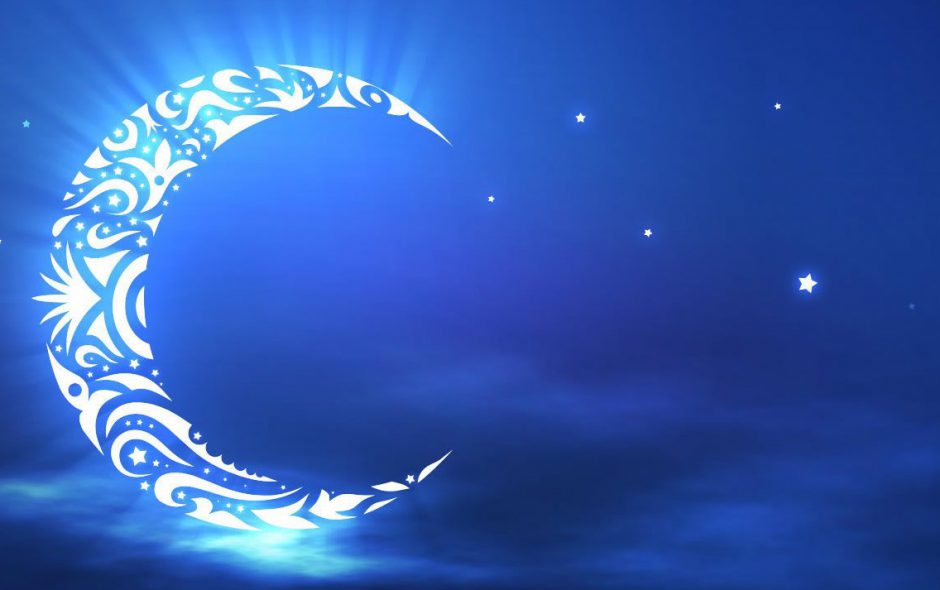 O Allah, I ask You by Your mercy which envelopes all things, that You forgive me. (Ibn Majah) 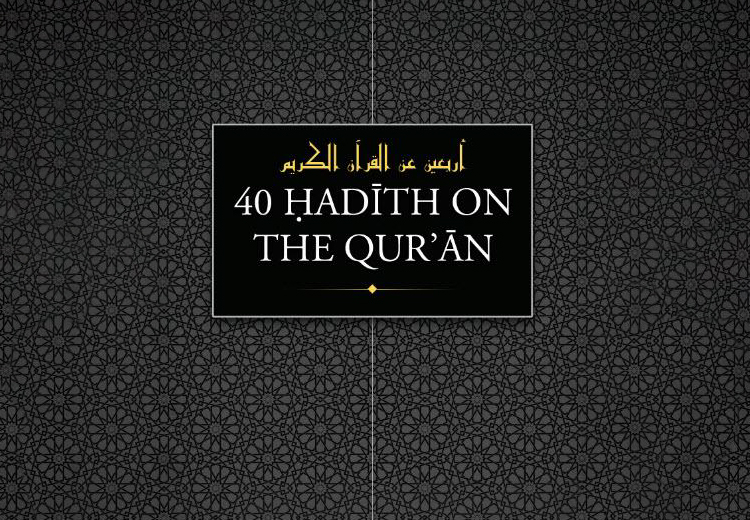 The Magnificence, Grandeur and Superiority of the Qur’an

2. The Prophet Muhammad (s.a.w) said, “Every Prophet was given miracles because of which people believed, but what I have been given is Divine Inspiration which Allah has revealed to me. So I hope that my followers will outnumber the followers of the other Prophets on the Day of Resurrection.”
Source: Bukhari no. 4981, Muslim no. 152 – [Sahih]

The Prophet Muhammad (s.a.w) said, “Indeed Allah, through this Book, raises some peoples and lowers others.”
Source: Muslim no. 996 – [Sahih] 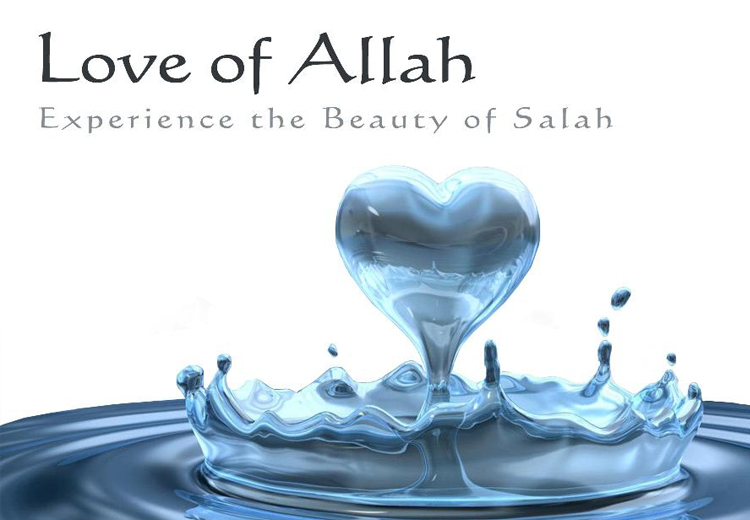 Do you sometimes feel that your Salah [prayer] is not quite having the effect it is supposed to on you and your life? Have you ever considered that perhaps it is because we are not giving it its due importance? It seems we have lost [or were never taught] that ability to ‘connect’ in Salah that makes all the difference in its effect on us.

Consider the following examples of those who came before us:

How did they attain that level of pleasure and inner peace that Salah is meant to inspire? Is it possible for us to reach that level too? How can we make our Salah effective? This is what we hope to learn.

Listen to complete audio-book of ‘Love of Allah: Experience the Beauty of Salah’

Now before any change in us can take place, we need to re-examine our outlook on prayer.
Ask yourself: Why do I pray? Is it just because I have to? Is it just to get this daily duty out of the way and over with? Or maybe it is because everyone just does it so I do it too?
It’s time to make a change. We need to start praying out of sincere Love. Pray out of longing to be with the one you love. Pray for the peace and comfort that comes from being with the one you love. 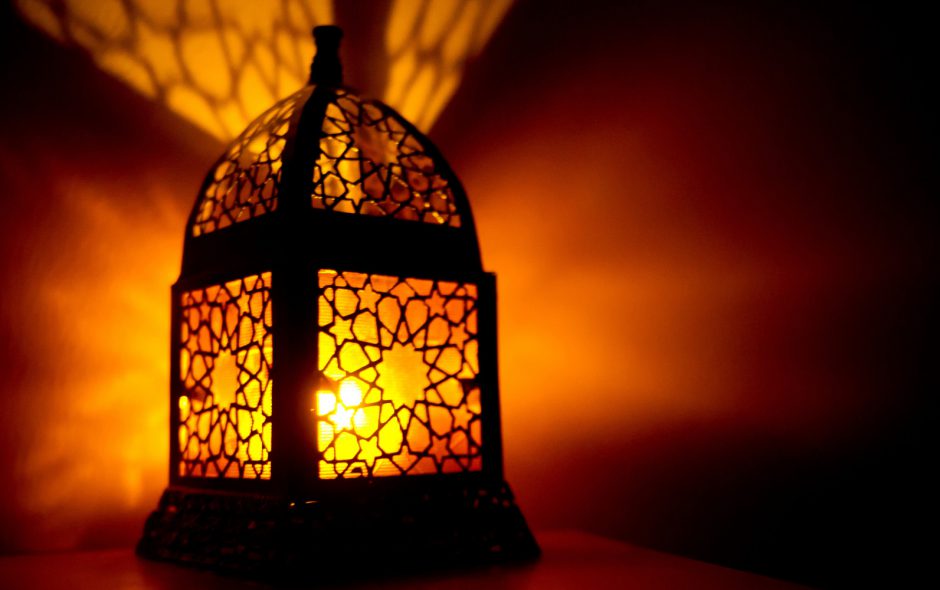 Special Reward for Fasting by Allah

Abu Huraira related that Allah’s Messenger (ﷺ) said, “Fasting is a shield (or a screen or a shelter). So, the person observing fasting should avoid sexual relation with his wife and should not behave foolishly and impudently, and if somebody fights with him or abuses him, he should tell him twice, ‘I am fasting.” The Prophet (ﷺ) added, “By Him in Whose Hands my soul is, the smell coming out from the mouth of a fasting person is better in the sight of Allah than the smell of musk. (Allah says about the fasting person), ‘He has left his food, drink and desires for My sake. The fast is for Me. So I will reward (the fasting person) for it and the reward of good deeds is multiplied ten times.” (Bukhari no. 1894)

Abu Huraira related that Allah’s Messenger (ﷺ) said, “When the month of Ramadan starts, the gates of the heaven are opened and the gates of Hell are closed and the devils are chained.” (Bukhari no. 1899)

Ibn Abbas related that the Prophet (ﷺ) was the most generous amongst the people, and he used to be more so in the month of Ramadan when Gabriel visited him, and Gabriel used to meet him on every night of Ramadan till the end of the month. The Prophet (ﷺ) used to recite the Holy Qur’an to Gabriel, and when Gabriel met him, he used to be more generous than a fast wind (which causes rain and welfare). (Bukhari no. 1902)

When to start Fasting

Ibn Umar related that the Prophet said: “Do not start fasting unless you see the new moon, and do not end fasting until you see it. If the weather is cloudy then calculate when it should appear.” (Bukhari, Muslim)

Anas related that the Prophet said: “Take the suhoor meal, for there is blessing in it.” (Bukhari, Muslim)

Salman ibn Amir Dhabi related that the Prophet said: “Break your fast with dates, or else with water, for it is pure.” (Abu Dawud, Tirmidhi)

Aisha related that the Prophet (peace be upon him) was asked whether one should fast when on a journey, and he replied: “Fast if you like, or postpone it if you like.” (Bukhari, Muslim)

Narrated ‘Amir bin Rabi`a, “I saw the Prophet cleaning his teeth with Siwak while he was fasting so many times as I can’t count.” (Bukhari)

Abu Huraira related that the Prophet (peace be upon him) said: “If a person does not avoid false talk and false conduct during Siyam, then Allah does not care if he abstains from food and drink.” (Bukhari, Muslim)

Forgetfully eating or drinking while Fasting

Abu Huraira related that the Prophet (peace be upon him) said: “If anyone forgets that he is fasting and eats or drinks he should complete his Siyam, for it is Allah who has fed him and given him drink.” (Bukhari, Muslim)

Providing for those who are breaking the Fast

Zaid ibn Khalid Johni related that the Prophet (peace be upon him) said: “He who provides for the breaking of the Siyam of another person earns the same merit as the one who was observing Siyam without diminishing in any way the reward of the latter.” (Tirmidhi)

Aisha related that the Prophet (peace be upon him) said: “Look for Lailat Al-Qadr on an odd-numbered night during the last 10 nights of Ramadan.” (Bukhari).

Anas ibn Malik related that the Prophet (peace be upon him) said: “When Lailat Al-Qadr comes, Gabriel descends with a company of angels (may Allah bless them all) who ask for blessings on everyone who is remembering Allah, whether they are sitting or standing.” (Baihaqi) 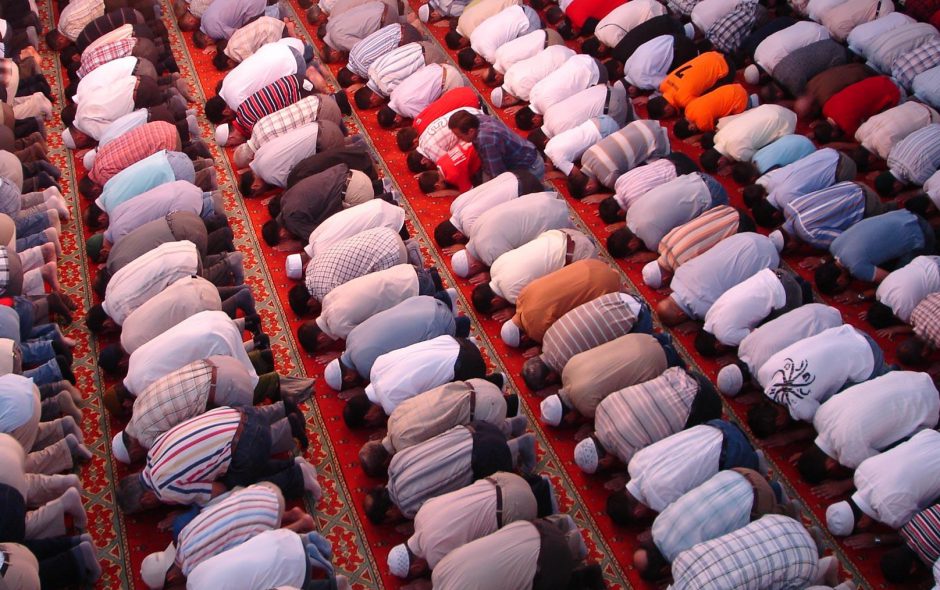 “Below is the Ramadhan 2019 Timetable for Birmingham, UK. For worldwide timings https://www.salahtimes.com/” 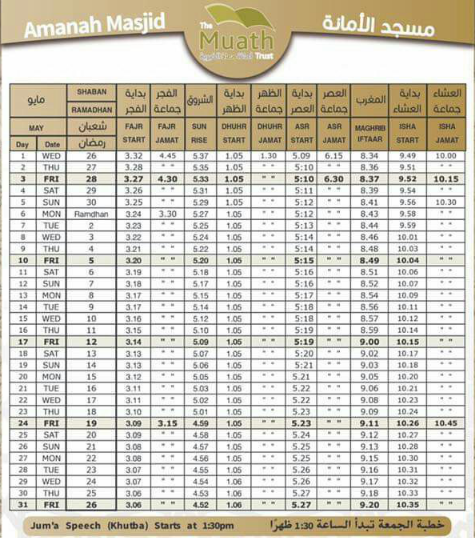 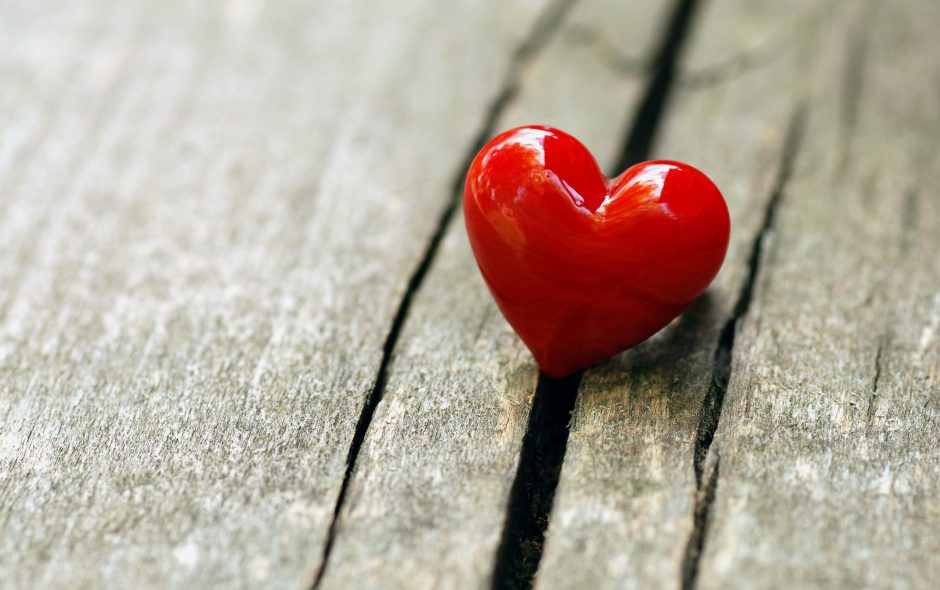 “O Allah, I ask You for Your love and the love of those who love You and love of the action which will make me reach Your love. O Allah make Your love more beloved to me than myself, my family and cold water” 1 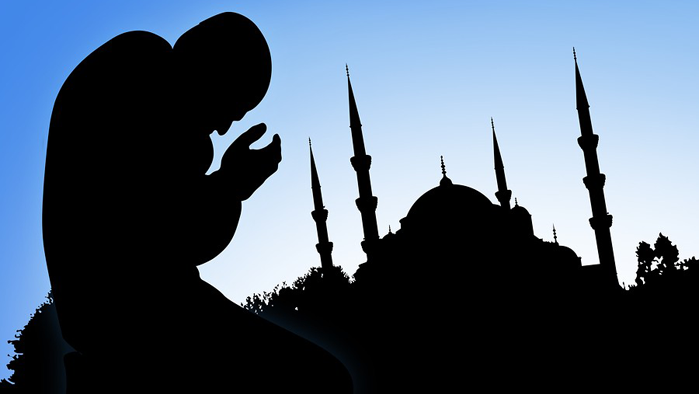 O Allah, You are my Lord, there is none worthy of worship but You. You created me and I am your slave. I keep Your covenant, and my pledge to You so far as I am able. I seek refuge in You from the evil of what I have done. I admit to Your blessings upon me, and I admit to my misdeeds. Forgive me, for there is none who may forgive sins but You. 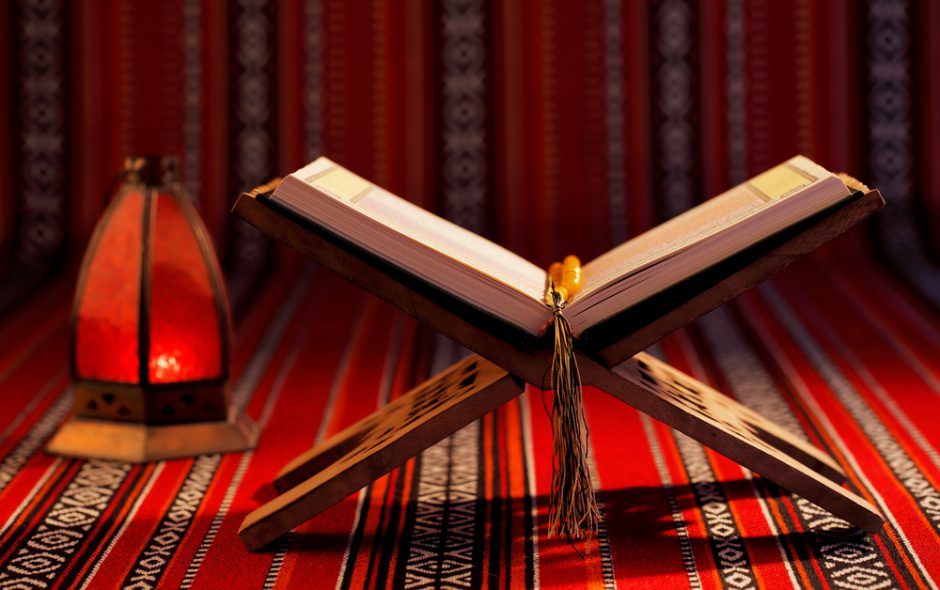 “Our Lord, pour upon us patience and plant firmly our feet and give us victory over the disbelieving people.” [2:250]